Khiva, Uzbekistan 26 March 2012
Statue of Al-Khwarizmi.
Abu Abdallah Muhammad ibn Musa al-Khwarizmi, earlier transliterated as Algoritmi or Algaurizin, was a mathematician, astronomer and geographer born in Khiva in 780.
In the twelfth century, Latin translations of his work on the Indian numerals introduced the decimal positional number system to the Western world.
His Compendious Book on Calculation by Completion and Balancing presented the first systematic solution of linear and quadratic equations in Arabic. In Renaissance Europe, he was considered the original inventor of algebra, although we now know that his work is based on older Indian or Greek sources.
He revised Ptolemy's Geography and wrote on astronomy and astrology.
PHOTO: EZEQUIEL SCAGNETTI 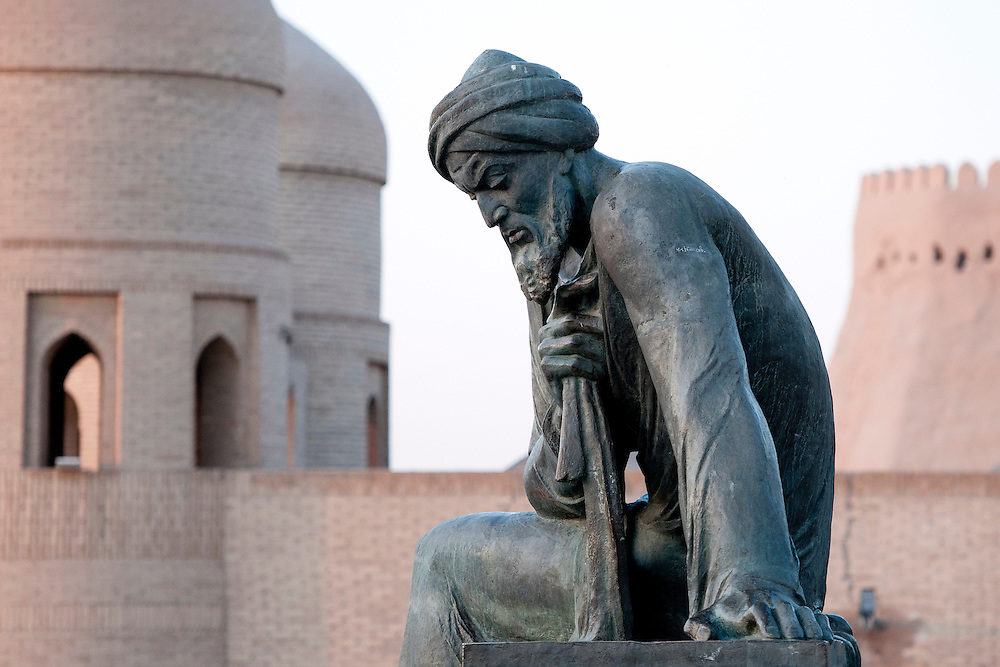