Kairouan, Tunisia 27 October 2011
The mosque of Uqba, also known as the Great Mosque of Kairouan, is one of the most important mosques in Tunisia, located in the UNESCO World Heritage town of Kairouan.
Built by the Arab general Uqba ibn Nafi as of 670 (the year 50 according to the Islamic calendar) at the founding of the city of Kairouan, the mosque is spread over a surface area of 9,000 square metres and it is one of the oldest places of worship in the Islamic world, as well as a model for all later mosques in the Maghreb region. The Great Mosque of Kairouan is one of the most impressive and largest Islamic monuments in North Africa. This vast space contains a large prayer hall, a huge marble-paved courtyard and a massive square minaret. In addition to its spiritual prestige, the mosque of Uqba is one of the masterpieces of both architecture and Islamic art.
Photo: Ezequiel Scagnetti 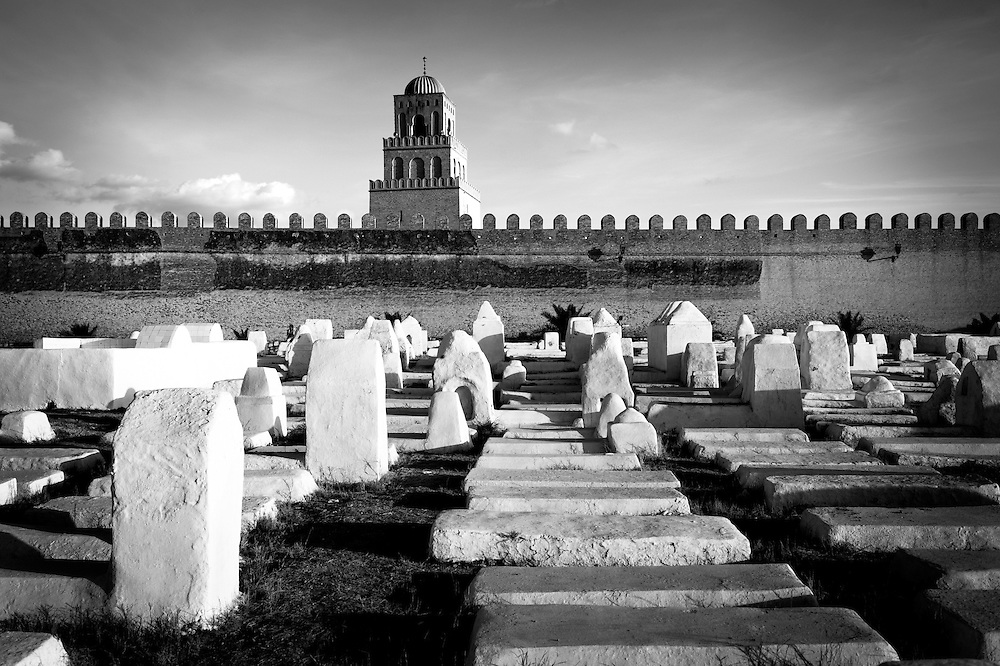