Casablanca, Morocco 15 October 2006
Hassan II Mosque.
This mosque was designed by the French architect Michel Pinseau and is the second largest in the world (after the Masjid al-Haram in Mecca).
Its minaret is also the world's tallest at 210m. Built on reclaimed land, almost half of the surface of the mosque lies over the Atlantic water. This was inspired by the verse of the Qur'an that states "the throne of God was built on the water".
Photo: Ezequiel Scagnetti 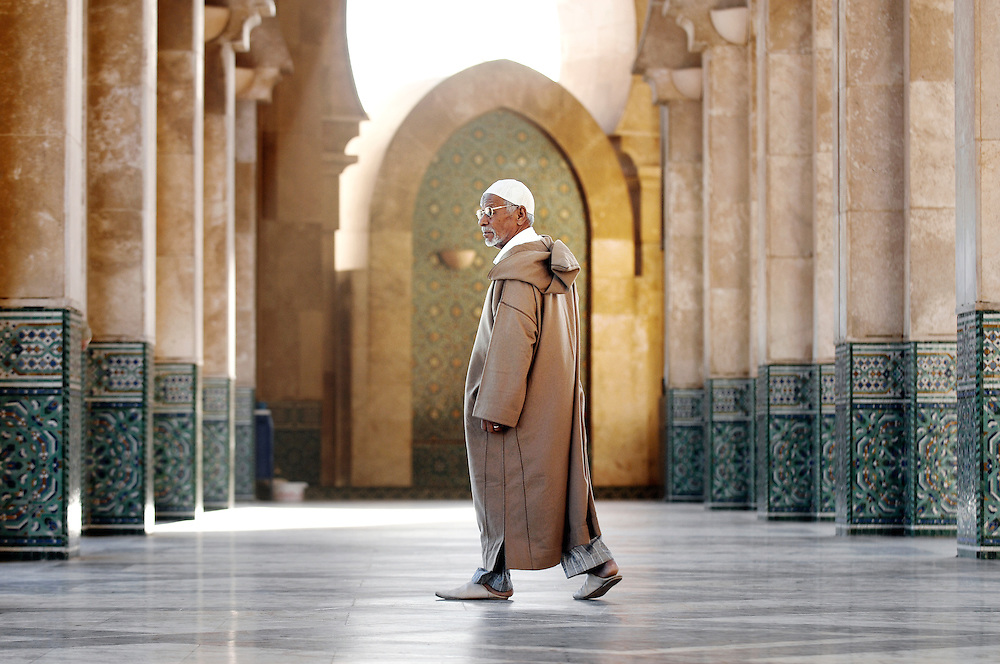