Barka, Sultanate of Oman 27 March 2009
Two Omani men friendly fight in a bull fighting arena.
Barka hosts an old bull fighting arena where the bloodless bull fight takes place.
Brahmin bulls are pitted against each other in a boisterous battle.
The fight is fairly short, but enthusiastically received by the audience, and the bulls suffer little or no injury, unlike the Spanish bull fighting.
Bulls were traditionally brought into the Middle East for heavy labour, such as pulling ploughs and turning waterwheels. With tractors and machine-driven water pumps, the traditional role of the bull has diminished, while the popularity of the bull-fighting sport has increased amongst expatriates and locals alike.
Photo: Ezequiel Scagnetti 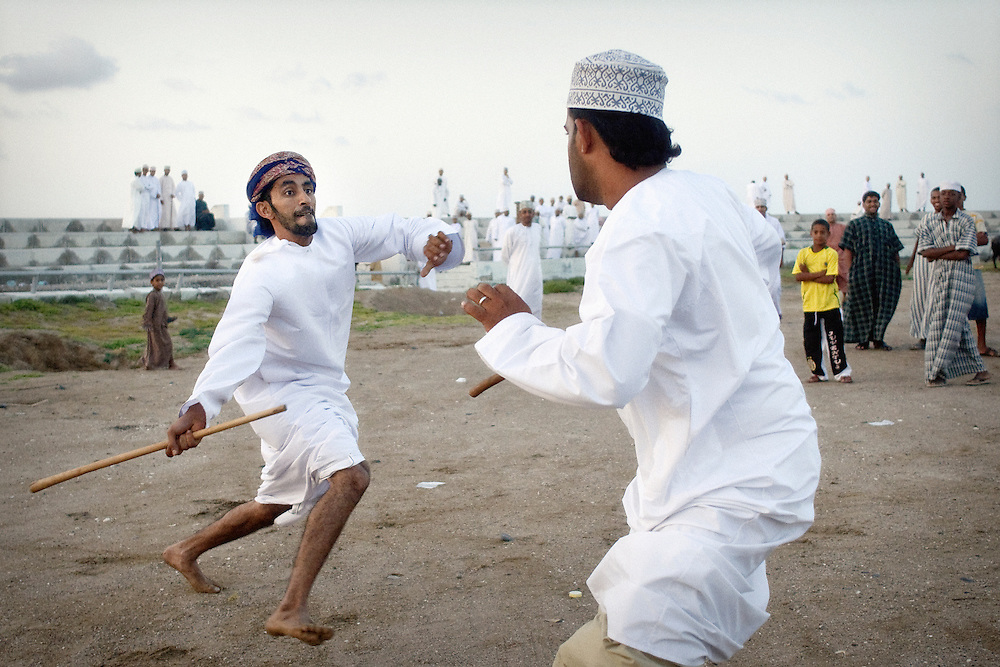