Poelkapelle, Belgium February 2004
Portrait of Charlotte Cardoen-Descamps, owner of the Varlet Farm. She sais: "Our farm was given the name "Varlet Farm" by British soldiers during WW1 and appears as such on original trench maps. The original farm, situated on Passchendaele territory and strongly fortified by the Germans, was finally taken by the "Hood Battalion", Royal Naval Division, after fierce fighting in October 1917. Nothing of the original farm remained by 1918. In 1922 rebuilding commenced just a few metres from the original site and the result is the building that we live in today.
Today Varlet Farm is a typical working farm except that on a daily basis we come face to face with the remains of the Great War. Every time we work the fields evidence comes to light of the moments events that occurred here eighty years ago.
Our garage contains a collection of artefacts that we have unearthed in the normal course of our work. Rifles,helmets, water bottles and countless other items are displayed together with literally hundreds of artillery shell fragments and bullets." First world war vestiges report.
Photo: Ezequiel Scagnetti 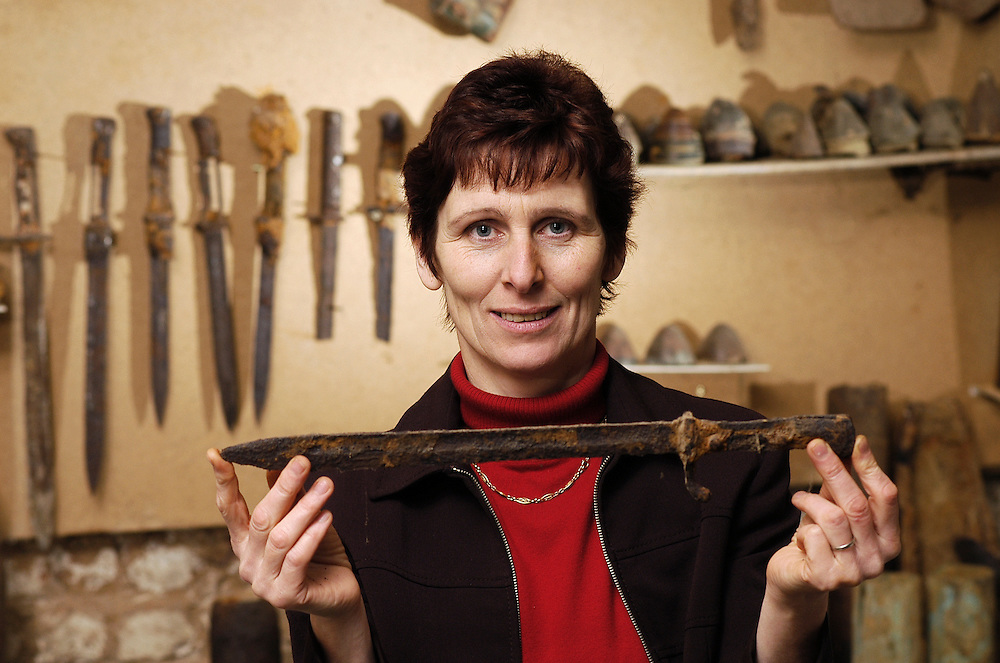