North Mitrovica, Kosovo 18 February 2011
Graffiti opposing EULEX structure can be seen all over North Mitrovica.
Since the end of the Kosovo War of 1999 Mitrovica has been divided between an ethnic-Albanian-majority south and an ethnic-Serb-majority north. Its northern part is the de facto capital of the Serb enclave of North Kosovo.
Photo: Ezequiel Scagnetti 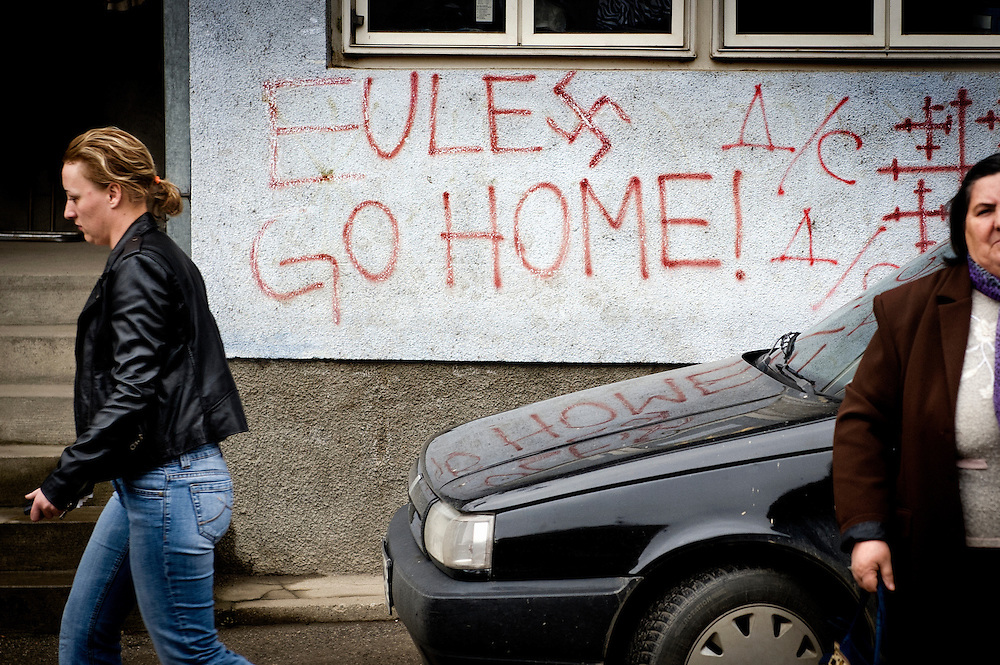