Strasbourg, France 10 March 2007
The moving truck arriving to Strasbourg Parliament.
The European Parliament spends only four days each month in Strasbourg in order to take its final, plenary votes, but the daily activities and the additional plenary meetings are held in Brussels. On several occasions, the Parliament has expressed a wish to have the right to choose for itself the location of its seat, and eliminate the two-seat system, but in the successive treaties, EU member state governments have continued to reserve this right for themselves.
Moving various files and equipment between the two cities takes many large trucks and the costs for two locations are estimated at 200 million Euro a year. Around 5,000 people attached to the Parliament, such as parliamentarians, advisers and journalists, also move between Brussels and Strasbourg. A lot of the parliamentarians are against using Strasbourg and various initiatives have been taken over the years to have Brussels as the sole location.
Photo: Ezequiel Scagnetti 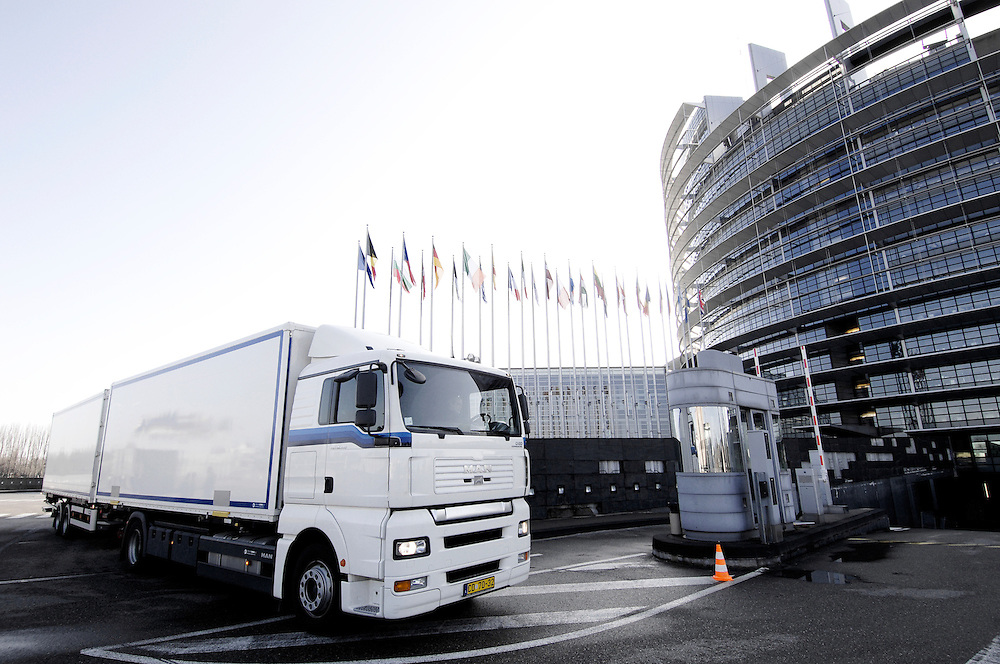