Barka, Sultanate of Oman 27 March 2009
Scene of a Baluchi family during a wedding in Barka city.
The Baloch population in Oman come originally from the region of Balochistan in the southeast corner of the Iranian plateau in Southwest Asia, including parts of Iran, Afghanistan, and Pakistan.
The Baluchi people began migrating from the coastal Balochistan to the Arab lands some 200 years ago before oil was discovered there.
Baloch in Oman have maintained their ethnic and linguistic distinctions. The Southern Baloch compose approximately 35% of the country's population.
The traditional Baloch economy is based on a combination of farming and semi-nomadic shepherding.
Photo: Ezequiel Scagnetti 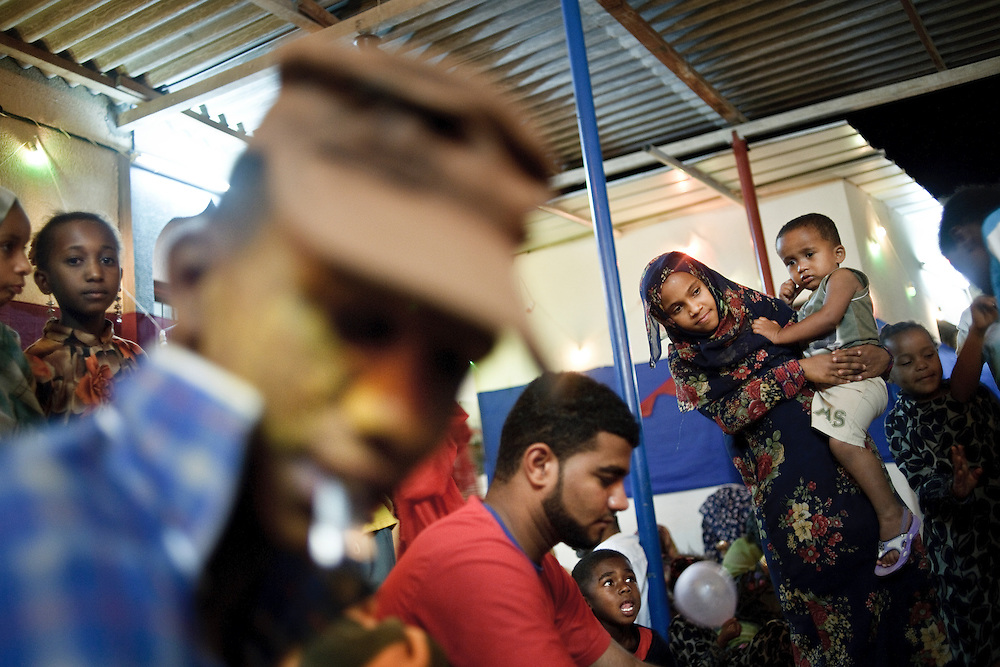