Rabat - Morocco 18 October 2006
The Mausoleum of Mohammed V contains the tombs of the Moroccan king and his two sons, Hassan II and Abdallah.
It is located on the opposite side of the Hassan Tower on the Yacoub al-Mansour esplanade in Rabat, Morocco. The building is considered a masterpiece of modern Alaouite dynasty architecture, with its white silhouette, topped by a typical green tiled roof. Its construction was completed in 1971.
Hassan II was buried there following his death in 1999.
Photo: Ezequiel Scagnetti 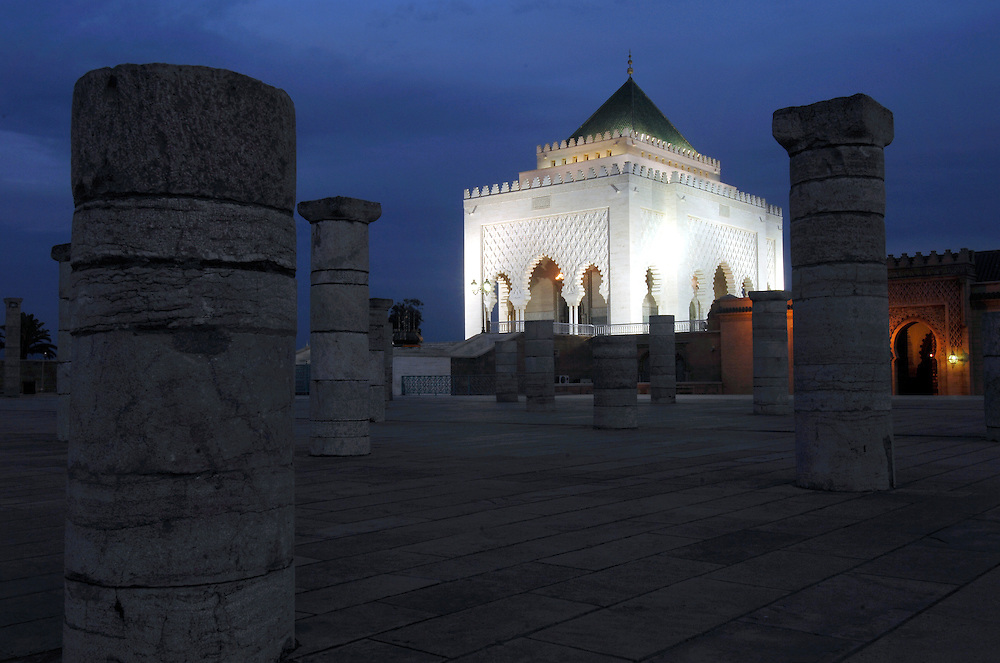