Harare, Zimbabwe 18 November 2007
Propaganda and manipulation. The government controls directly and indirectly all media, except for some weekly editions.
The Sunday Mail puts in cover the support of the vice-president to the candidacy of Mugabe for next March elections and presents the alleged plans by Britain to invade the country.
Photo: Ezequiel Scagnetti 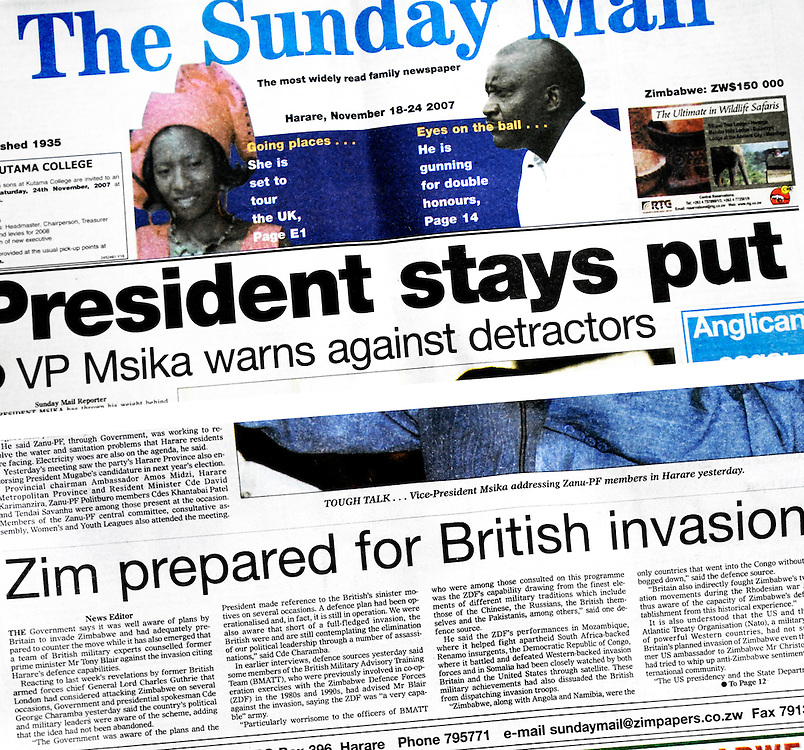