Buenos Aires, Argentina 22 August 2009
Aerial view of La Casa Rosada, officially known as the Casa de Gobierno or Palacio Presidencial, is the official seat of the executive branch of the Government of Argentina.
The Casa Rosada sits at the eastern end of the Plaza de Mayo, a large square which since the 1580 foundation of Buenos Aires has been surrounded by many of the most important political institutions of the city and of Argentina.
Its balcony, which faces the square, has served as a podium for most Argentine Presidents and a number of other historical figures, including Eva Perón, who rallied the "descamisados " from there, and Pope John Paul II, who visited Buenos Aires in 1982 and in 1987. Madonna, in 1995, sang her filmed rendition of the song "Don't Cry for Me Argentina," for the movie Evita.
PHOTO: EZEQUIEL SCAGNETTI 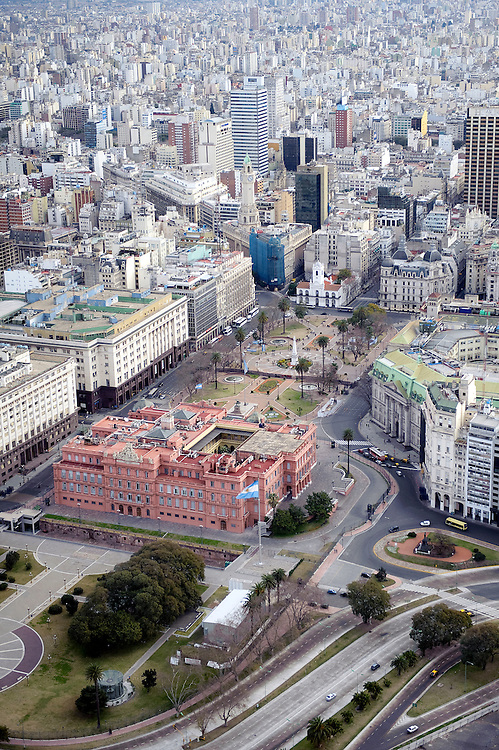