A shop in the Grand Bazaar of Istanbul

Istanbul , Turkey 06 July 2005
A shop in the Grand Bazaar of Istanbul.
The Grand Bazaar (or Covered Bazaar) in Istanbul is one of the largest covered markets in the world with more than 58 streets and 4,000 shops, and has between 250,000 and 400,000 visitors daily.
It is well known for its jewelry, pottery, spice, and carpet shops.
The bazaar contains two domed masonry structures built for storage and safe keeping, the first of which was constructed between 1455 and 1461 by the order of Sultan Mehmed the Conqueror.
The bazaar was vastly enlarged in the 16th century, during the reign of Sultan Suleiman the Magnificent, and in 1894 underwent a major restoration following an earthquake.
Photo: Ezequiel Scagnetti 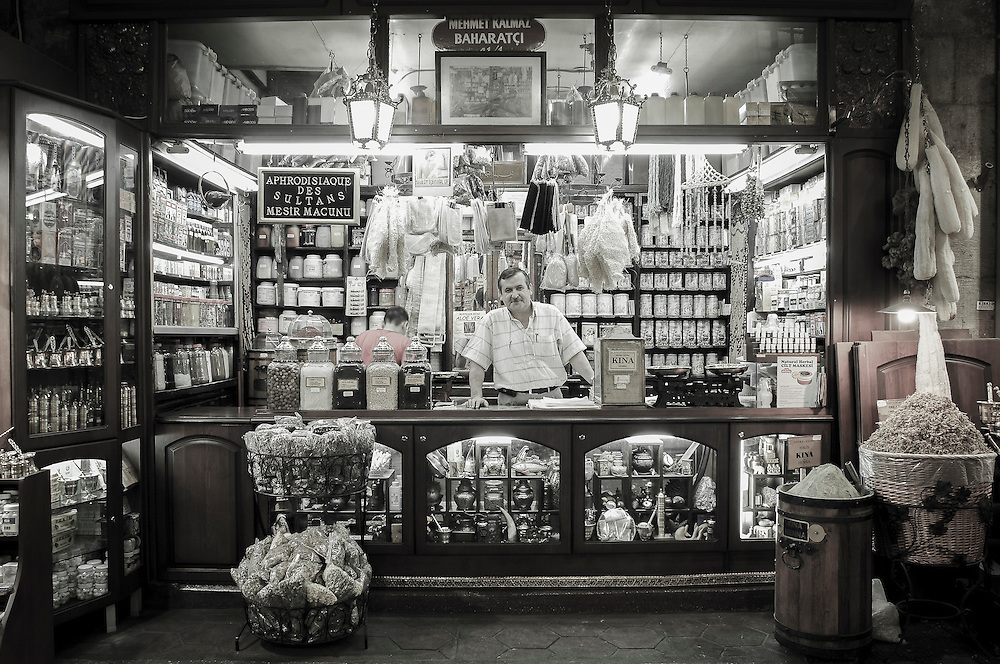