Tikal National Park, Guatemala 22 May 2008
A tourist visits a Mayan temple.
Tikal is the largest of the ancient ruined cities of the Maya civilization. It is located in the El Peten department of Guatemala. Now part of Guatemala's Tikal National Park, it is a UNESCO World Heritage Site and a popular tourist spot. The closest large towns are Flores and Santa Elena, about 30 kilometers away.
Tikal was one of the major cultural and population centres of the Maya civilization. Though monumental architecture at the site dates to the 4th century BC, Tikal reached its apogee during the Classic Period, 200 AD to 900 AD, during which time the site dominated the Maya region politically, economically, and militarily while interacting with areas throughout Mesoamerica, such as central Mexican center of Teotihuacan.
There is also evidence that Tikal was even conquered by Teotihuacan in the 4th century A.D. Following the end of the Late Classic Period, no new major monuments were built at Tikal and there is evidence that elite palaces were burned. These events were coupled with a gradual population decline, culminating with the site's abandonment by the end of the 10th century.
Photo: Ezequiel Scagnetti 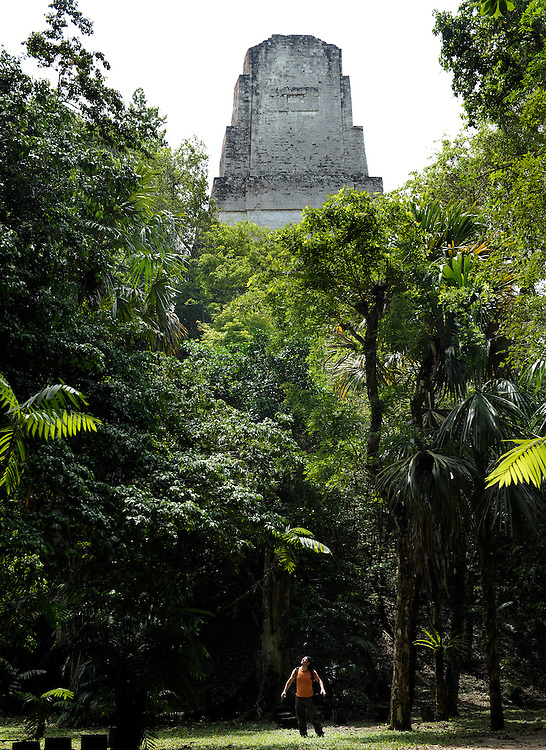